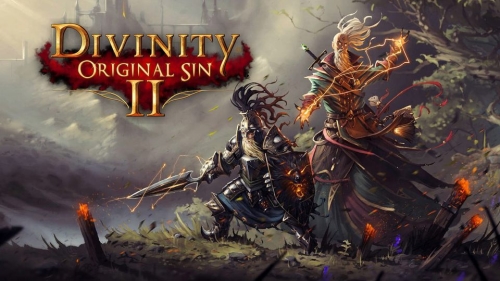 Computer role-playing games have been down a long and complex road, from the universal adoration they enjoyed at the peak of their popularity in the 90s (Baldur’s Gate, Planescape: Torment, Fallout) to their virtual extinction in the 2000s. «CRPG’s don’t sell, so there’s no point in developing them» was the consensus among publishers. But now, thanks to loyal fans of the genre, RPGs are returning to their once-lofty position. It all started with Wasteland 2 and Pillars of Eternity, both of which were financed on Kickstarter, and now the genre has found a gold standard that will be difficult to surpass.

Divinity: Original Sin 2 has been winning fans over with its painstakingly crafted mechanics and deep event system. It is entirely possible to spend ten hours in the game’s first location, trying not to miss out on a single detail, and only then discover that you’ve spent all that time playing in a tiny sandbox in the middle of a sand lot. Divinity: Original Sin 2 features an enormous adventure rich in vibrant detail, where every question of «can I do this?» is inevitably answered by «that, and more!» The latest game from Larian Studios is exactly what the genre as a whole has been moving toward. 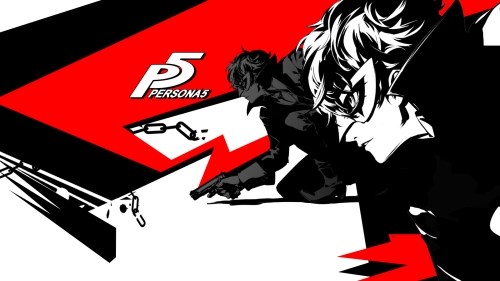 If you try to describe Persona 5 to another person you can expect to get a baffled expression in return. «You play as a Japanese high school student. During the day you go to school and do your homework, but at night you fight monsters!» This is all true, but once you play it you’ll realize just what a relevant and bold game Persona 5 really is. The developers aren’t afraid to deal with harsh themes such as violence against children and sexual harassment, including among minors. With its varied gameplay, massive scale, and outstanding visuals, it’s impossible not to fall in love with this game.

However, in many ways Persona 5 is kind of an odd duck. If you’ve never played any of the other games in the series the latest installment in the popular Japanese RPG franchise could seem like a revelation to you. However, if you played Persona 4 way back in 2008 you might get the feeling that the latest game is virtually unchanged compared to its predecessor and is merely deeper and more expansive. Whatever your perspective, Persona 5 can easily suck you in for over 100 hours, and you won’t regret a single second of it. 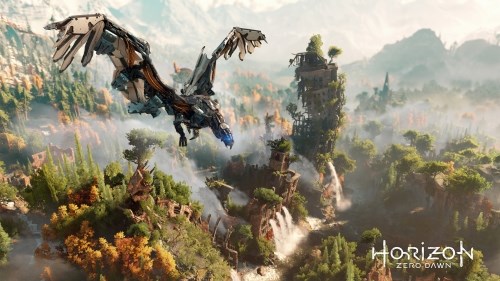 No one really expected the latest game from Guerilla, a developer of linear sci-fi shooters, to be a story-based, open-world action-RPG. But that’s exactly what happened. Horizon: Zero Dawn was hotly anticipated, in part thanks to its unique setting. However, it was also met with some skepticism. Will a less-than-stellar studio without any experience developing open-world games really be able to pull this off? The answer is obvious to everyone who’s managed to play Horizon: Zero Dawn for even a couple of hours: yeah, they totally did.

The key factor behind the success of Horizon: Zero Dawn is the setting mentioned earlier, in which a primitive society inhabiting the ruins of an advanced civilization is forced to contend with robotic animals. It’s as though you explore two worlds at once, gathering fragments of information about the ancient civilization while simultaneously learning about the customs and way of life of the local tribes. Fighting robots is always exciting, and you always have to be prepared for a confrontation, setting traps, crafting the right ammo, and identifying the vulnerabilities of your enemies using a special AR device.

The setting and gameplay meld in an exceptionally organic way, allowing Horizon: Zero Dawn to surprise and appeal to even the most hardened skeptics.

The Legend of Zelda: Breath of the Wild 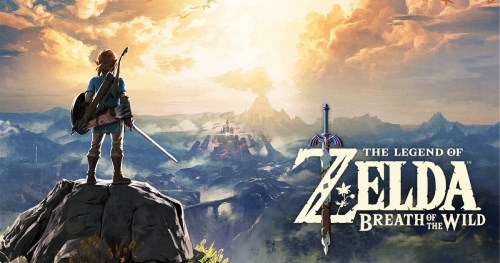 The Legend of Zelda is one of the most revered and beloved game series on Nintendo consoles. With Breath of the Wild, the developers decided to take a fundamentally fresh look at the series for the first time in twenty years, adding an open-world structure to the Zelda formula. The result is what could be one of the best games in the genre… or, according some critics, an entirely perfect game devoid of flaws.

The Legend of Zelda: Breath of the Wild doesn’t explain how it should be played. The game has almost no tutorials. Almost all of its primary and secondary mechanics must be learned independently, and the latest Zelda has so many of them that you could play through the entire game without even guessing at some of the extra things you can do. You could consider this a strike against the game, but in reality Breath of the Wild feels constantly novel and never ceases to surprise the player.

Breath of the Wild is one of the most important games of the year and a reason to buy a new Nintendo Switch. 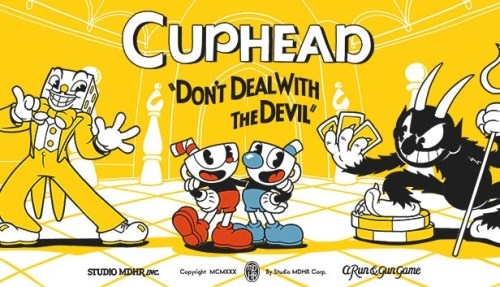 As is frequently the case with outstanding indie games, Cuphead had a thorny path to tread before achieving success and acclaim. Developed as a little «dream game» by two brothers, Cuphead started out as a hobby, then grew into a large-scale project to which they dedicated all of their time. As their ambitions swelled, so did their team, and development dragged on and on. However, the freshman effort by this team of untested developers ended up being the most important platformer of the last several years.

Cursing Cuphead for its difficulty is common practice. And it really is tough — this isn’t a game you’re going to beat on your first try. However, Cuphead is «hardcore» not because of the developers’ inability to place checkpoints correctly or because the enemies are harder than they should be. Every aspect of the gameplay, from the tutorial to the final boss, has been carefully crafted down to the tiniest detail. Once you manage to understand and feel the rules of this cartoon world you’ll realize that Cuphead is an extremely entertaining and almost perfect game. 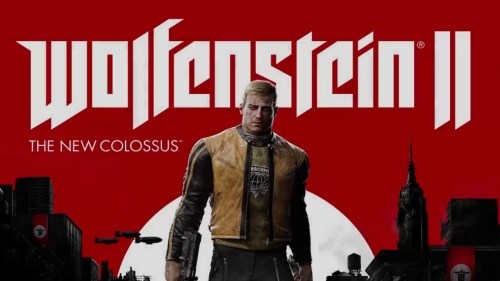 Wolfenstein II: The New Colossus is a black sheep in the modern gaming landscape. Just think about it — it’s a single-player-only shooter with no online component whatsoever (including loot crates), a serious emphasis on narrative, and charismatic characters. When was the last time you saw something like that?

Without hyperbole, Wolfenstein II: The New Colossus can be considered the most important single-player shooter since the Doom reboot of 2015. It’s a very bold game made by a talented team that obviously enjoyed crafting every scene and level. It’s something along the lines of what a Tarantino game would look like if he developed games. 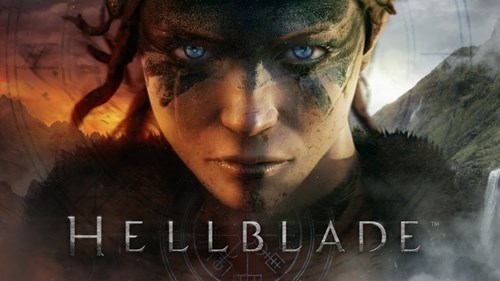 Hellblade can’t be consigned to the trivial category of action games. The latest title from Ninja Theory is above such a banal classification. It’s a real statement about the nature of mental illness, realized in a terrifying, and thus even more compelling, manner. The life of the main character, a Celtic warrior named Senua, is like a nightmare from which there is no salvation, and the player guides her through this experience and inhabits her state of mind. There’s only one way to play Hellblade: fully immerse yourself in this story and live through it as though it were your own.

In addition, Hellblade is also a very effective debut for Ninja Theory as a fully independent studio capable of developing games with production values comparable to those of projects with much larger budgets. The example of Senua’s Sacrifice also demonstrates that there is a specific niche between very small indie projects and AAA blockbusters. This niche is currently empty, but hopefully we’ll see more projects just as amazing as Hellblade: Senua’s Sacrifice in the future. 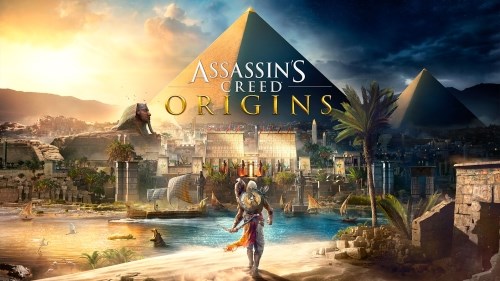 The celebrated Assassin’s Creed series has been accused of conveyor-belt-style design for years now. Despite the fact that each new entry has had some standout new feature, in essence Assassin’s Creed has never changed in any fundamental way. With Origins, the developers took the extra time to switch from an extensive to an intensive development path, and it paid off. Assassin’s Creed: Origins is deeper, smarter, and more thoughtfully designed than its predecessors.

As you can probably guess from the name, the latest Assassin’s Creed immerses the player in the genesis of the conflict around which the events of the entire series have been built. Ever since Assassin’s Creed: Syndicate was released this convoluted story has become so overgrown with detail that keeping track of it all has stopped being interesting. In an attempt to solve this problem Origins unveils a devilishly exciting new setting: ancient Egypt. Assassin’s Creed: Origins is a great excuse for lapsed fans to get back into the series and an excellent starting point for new players. 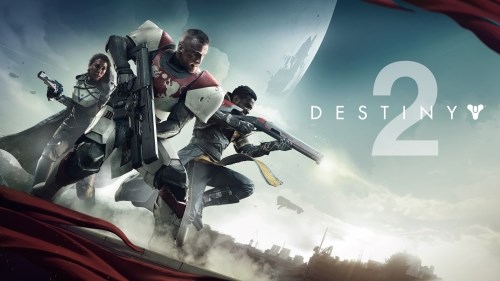 Almost no one believed in the original Destiny. Sure, it was developed by Bungie, the famous studio behind Halo and Marathon. Sure, expectations were riding high. Gamers were hoping for something truly new and amazing. But in practice almost no one really understood the concept of an MMO shooter. When the game finally came out it became a phenomenon, and the sequel was met not with skepticism, but anticipation. The final version of Destiny 2 ended up being the idiosyncratic basis on which the development of the entire series will rest in the coming years.

Just like any other MMO, Destiny was defined by its community and its developers’ striving to invest in growing the game and making it more fun. In this sense, the new game from Bungie was not without its flaws. Players weren’t crazy about the overall lack of content. Nevertheless, we can say with confidence that Destiny 2 has chosen the correct and logical path for its development, finally confirming its status as a game like no other. 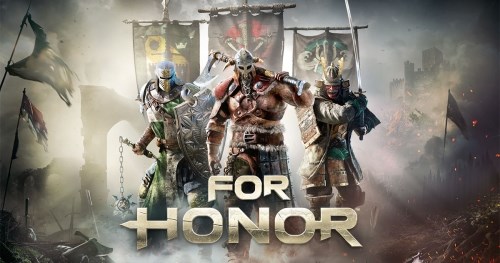 For Honor was a complete surprise for everyone. Ever since the game was first demoed, the aesthetics of its brutal battles features samurai, knights, and Vikings on the same battlefield won many gamers over. What we ended up getting was a very unusual and experimental game in which tactical action is successfully melded with one-on-one combat, giving birth to a new variety of gameplay.

Despite technical issues at launch early in the year, the developers of For Honor have managed to overcome most of the game’s difficulties. It is a unique experiment that deserves to be mentioned among the standout games of 2017.