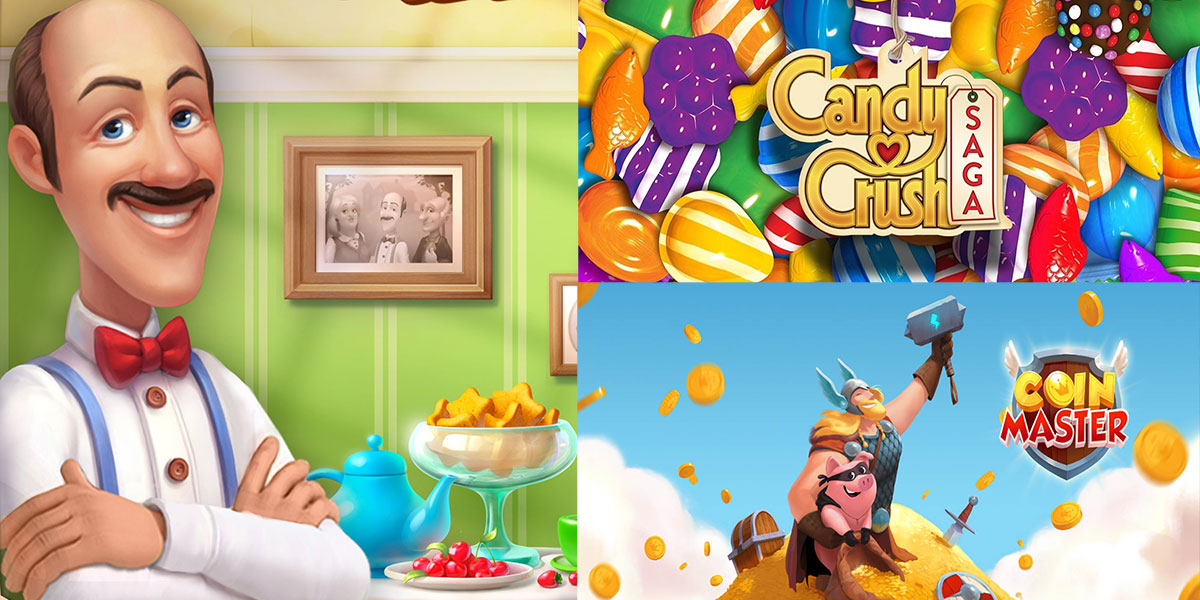 We’re back with more game rankings based on data from the AppMagic analytics service. You can use it to see how many times a certain app has been downloaded, what its revenue and LTV are, which countries it’s popular in, and a whole lot more.

Last time we talked about how game developers and publishers break into foreign markets by getting high-quality localizations for their projects. In this article we’re going to discuss the five highest-grossing casual games from the last month.

First place in our ranking goes to Candy Crush Saga , a match-3 game where the player matches pieces of candy. Once the player earns a certain number of points or completes an objective, they move on to the next level. According to the game’s publisher, players have already completed over a trillion levels in this puzzle game since its release.

The game is free to play, but certain in-game resources can be purchased with real money. These purchases are a source of income for the game’s publisher, the Swedish company King.

Second place goes to Coin Master, an arcade strategy game from the Israeli company Moon Active. In this game, the player earns coins by spinning a wheel, then builds and develops their villages. They can also raid their neighbors and loot their treasure.

Like the previous game on the list, Coin Master is free to play. Its revenue is generated by in-app purchases.

The third game in our ranking is Homescapes, wherethe player plays a butler named Austin who’s trying to restore a family’s mansion. They do this by completing levels, gradually decorating the rooms in the house, and developing a unique interior design.

The title is published by the Irish company Playrix. It can be downloaded for free, but its revenue comes from in-app purchases.

In fourth place we have another game from Playrix’s Scapes series, Gardenscapes. In Gardenscapes, the player tends and decorates a garden while completing lots of fun levels. Users can enjoy hundreds of different landscape options, including Wild West, Topical Paradise, Oasis, and more. This puzzle game is free to play, but certain items are only available for purchase.

Number five on our list is Puzzle & Dragons, which features puzzles, collectible cards, and battles with monsters. The player matches gems, and their dragons damage the enemy. To win battles, the player has to find new monsters and level up the ones they already have.

Puzzle & Dragons is published by the Japanese company GungHo Online Entertainment and played by Japanese (69%) and American (23%) players. Most of the game’s revenue comes from the Land of the Rising Sun, where players spend significantly more on video games than in any other country.

As we can see, games from European publishers dominate the casual game market in terms of revenue. However, since they've been localized into other languages, they’re popular far beyond the borders of their own countries — most of their revenue comes from players on the other side of an ocean, in the US and Japan. So if you have to decide which languages to localize your game into and which markets you want to focus on, we recommend considering a number of factors, including the fact that most modern gamers live in developing countries.