Newzoo: The mobile gaming audience is more receptive to advertisement than others

The company Newzoo performs marketing research and game industry analysis. Along with Activision Blizzard Media, Newzoo recently looked into mobile gaming audiences with a sample of more than 12 thousand respondents from the US and European countries. The respondents were between the ages 18 and 65.

We picked out some of the more interesting results of the study: 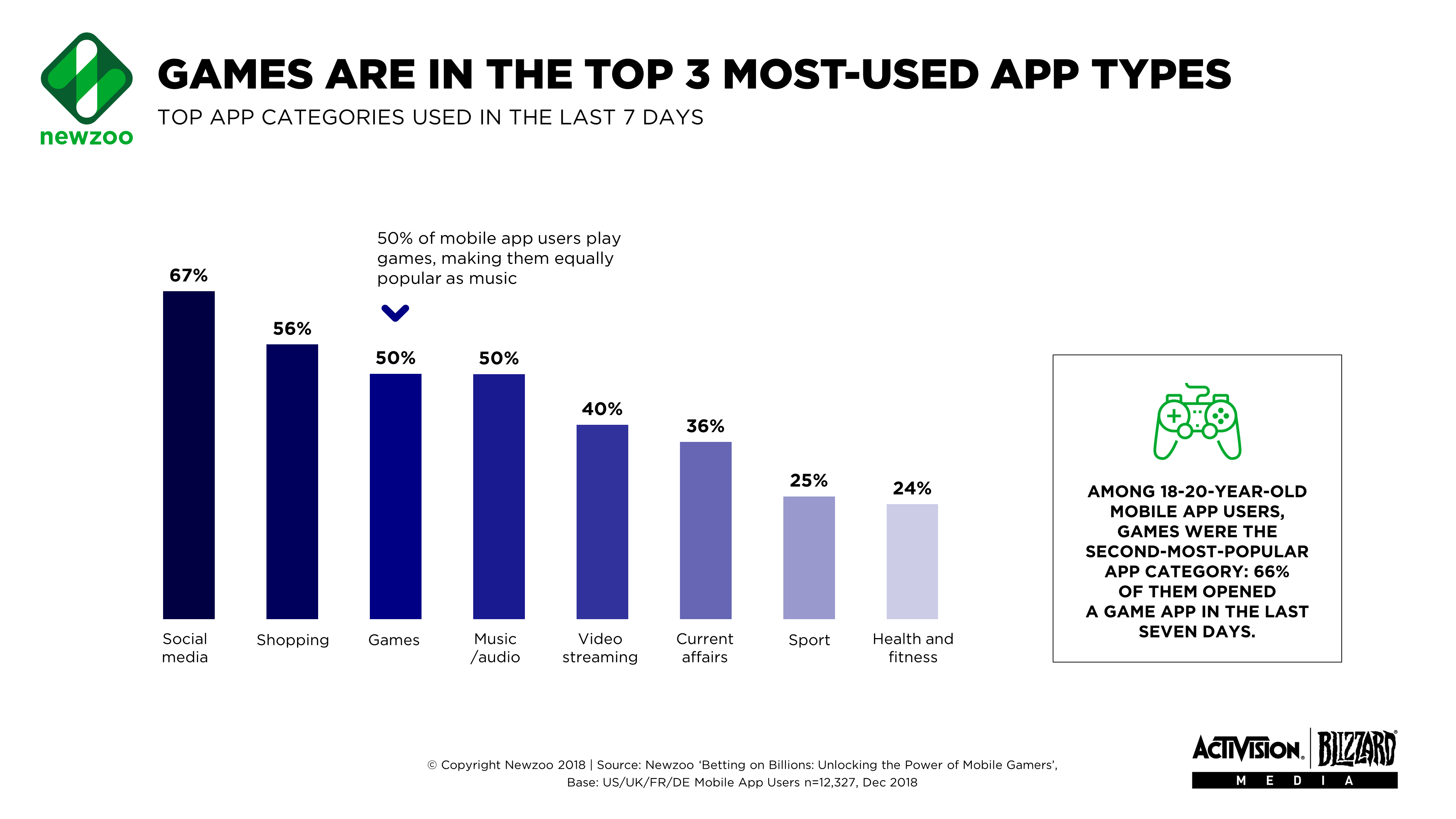 The results of the study show an equal gender ratio in mobile gaming: women play games just as often as men do. Of the 12,327 correspondents, half open game apps at least once a week.

You can find the complete study here.