How to Boost Game Monetization in Developing Countries 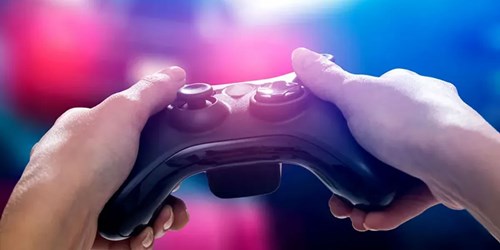 We recently discussed developing countries and their video game markets. We primarily focused on Latin America and Southeast Asia, which are home to almost 700 million gamers. But there’s a lingering question we still haven't addressed: how can we attract low-income players and convert this number into actual profits?

Before we dive into the theory, let’s do a quick thought experiment. Imagine you’ve got a game that uses diamonds as currency. You announce a special offer: a chest of a hundred diamonds for five dollars. Some people will like this offer. Others will get annoyed and ignore it because it's too expensive. Still others won’t even want to deal with such a petty purchase — they’d rather just buy 1,000 at once. So in the end, you’re missing out on a third of your potential revenue. But next time you offer three different options: 10, 100, or 1,000 diamonds.

This strategy is called “price discrimination.” In other words, it involves setting different prices for different consumers, as in the case with the chests of diamonds. It also includes special offers such as starter sets for new players, VIP packs, promo codes, and frequent login bonuses.

By the way, low-income players really appreciate microtransactions, especially when they’re less than a dollar. After all, why not spend 50 cents to get a special item that’ll only be available until the end of December?

But if you want your pricing to be as effective as possible, consider regional pricing. This involves setting different prices for different regions. So what’s it all about? You offer lower prices to people in less affluent countries, which allows you to cover more gamers. Not all developers like this strategy, of course. There are three reasons for this:

But, fortunately, there are plenty of ways to avoid these unpleasant side effects. You can split your servers and use different install files (APK), sell cosmetic elements that don’t affect game balance, or use ambiguous pricing. For example:

The most reliable method is to just hide the price discrimination. For example, you could offer bonuses for $10, $20, or $50 purchases to users on an individual basis. But the bonuses themselves differ from region to region.

Regional pricing represents an attempt to adapt to the economic realities of various lifestyles. Without it, many goods, from trendy French perfume to the latest video games, would be unavailable to most people in developing countries. So isn’t just good for you, it also helps millions of people in your audience afford your product.

Each of these strategies has to be checked against the durability of players’ reactions. So you’re going to need to apply behavioral economics. Behavioral economics is the study of consumer psychology, and it can be used to predict customers’ actions. Developers employ it to directly influence players’ decisions.

For example, marketing has been exploiting a certain well-known fact for a long time: a price that ends in “.99” just seems cheaper. “$1.99” looks a lot more like one dollar than two. At least at first glance.

But this doesn’t mean you should go nuts with your nines — numbers with too many digits can scare buyers away. So when you offer a subscription, it’s better to focus on the daily price than to go right to the annual price you’re going to deduct from their accounts.

And to help new players get used to your in-game marketplace more quickly, you can use a psychological technique known as “getting your foot in the door.” You start off by suggesting they do something easy — say, spending free coins at the store — and then they’ll come back on their own.

By the way, why not go all-in on your players’ impulse to gamble? Lots of titles use gacha mechanics borrowed from vending machines that sell candy or prizes. Let your players spend a symbolic 50 cents on a chest with a chance to find a special relic inside. That’s a whole lot more interesting than just paying five bucks for it, right?

Material motivation is one of the sweetest psychological plums there is. Offer them nice bonuses for their first purchase, and your players will find it easier to decide to go for it. Promise them more bonuses for making five, ten or twenty purchases a week, and they’ll plan them out in advance. And don’t forget to spoil them from time to time by giving the most valuable, dedicated players special offers, promo codes, and gifts. They’re the backbone of your whole operation.

But sometimes the perfect can be the enemy of the good. If your in-game marketplace’s display case is stuffed to the gills with similar-looking offers, buyers can get confused and end up running the whole gamut of so-called “choice paralysis.” Lengthy contemplation, weighing options, doubt, remorse — these aren’t the most inspiring experiences to get from a video game.

Hundreds of finely calibrated adjustments like these are happening behind the facades of many popular games. And it all boils down to price discrimination, microtransactions, and psychological tricks. It’s all based on the math of game balance and a big-picture analysis of what’s going on. But the real trick is making your players feel like they’re having fun and making their own decisions. They should never suspect that behind the curtain are fine-turned mechanisms, hidden levers, and economic formulas that can calculate precise fluctuations in a person’s mood.

But sometimes even the best strategies can fall through, and your message never reaches its intended recipient. Sometimes it seems like everything is planned out in advance and success is guaranteed, but then that online translator goes and throws a wrench in the works. We’re just kidding of course. But “surprises” from poor-quality localizations can sometimes play a critical role. That’s why you’re always better off turning to experienced companies for help — companies like our game localization studio Logrus IT. We’ve been localizing games since 1997. Our portfolio features over 500 shipped products in over 100 languages. If you trust us with your game, you won’t have to worry about the results.