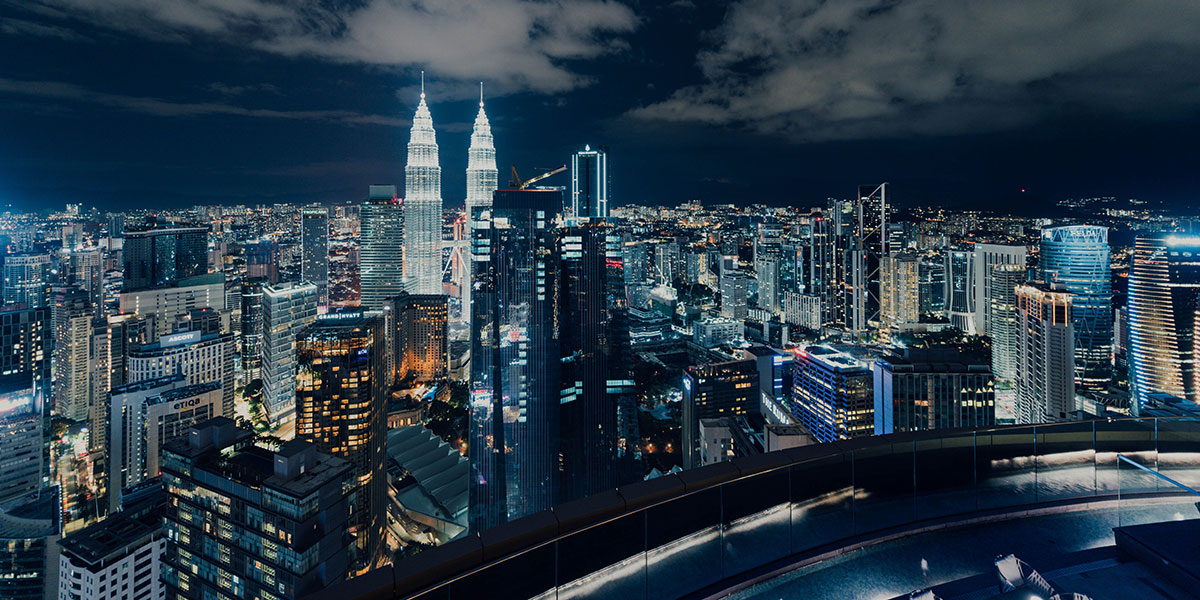 As a rule, the Asian video game market is associated first and foremost with China. But recently analysts have been paying more and more attention to a neighboring region: Southeast Asia. And with good reason.

The region includes eleven countries on the Indochinese peninsula, the Malay Archipelago, and neighboring islands. In 1967 ten of these countries (all but East Timor) formed ASEAN, an organization created to make joint decisions in a number of fields, including the game industry. The organization’s results have far exceeded analysts’ predictions in recent years.

Southeast Asia is now the fastest-growing mobile game market in the world. The industry’s revenue has tripled over the last five years.

For developers, this market represents 400 million gamers. There are six main countries in this market that make up 90% of the region’s population: Indonesia, Malaysia, Thailand, the Philippines, Vietnam, and Singapore. Indonesia has the largest game market. 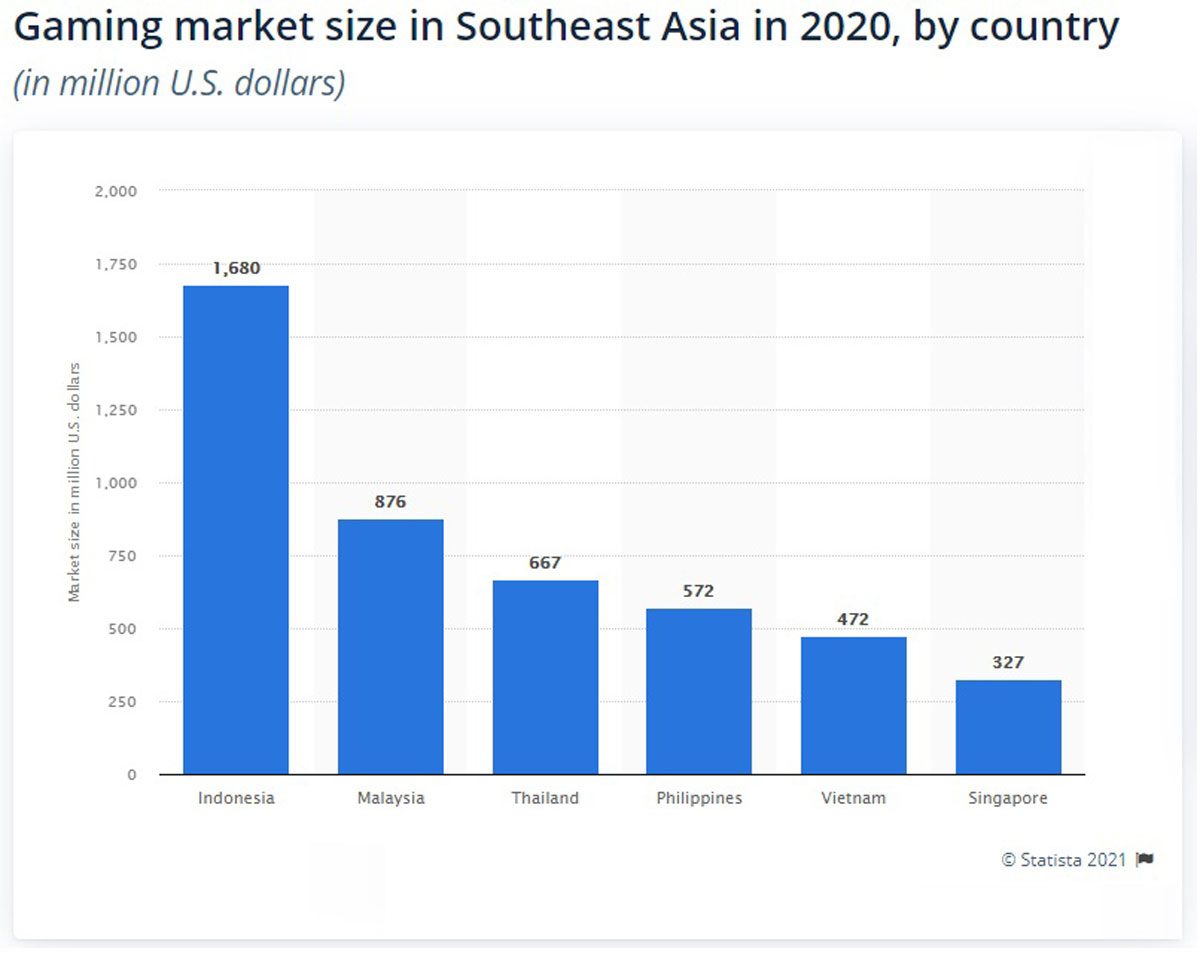 The other countries’ revenue in USD is listed below.

Statista predicts that the video game market in this region will reach almost $4.9 billion this year. The main earners are games on smartphones and tablets, which will bring developers almost $3.5 billion. The mobile game market promises to grow to almost $5.1 billion by 2025.

It could get even larger. Let’s compare this new data to statistics from previous years — say, starting with 2017. 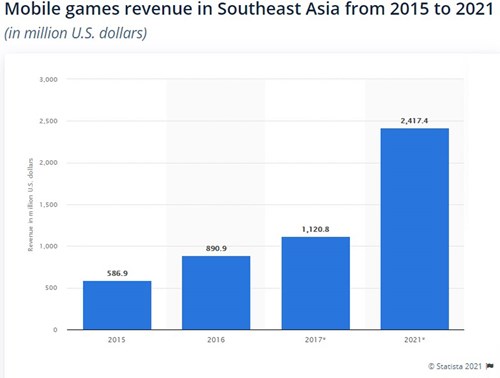 Predicted values are marked with an asterisk. As we can see, the Southeast Asian market has exceeded analysts’ expectations by a cool billion.

Esports has reached a whole new level of popularity, particularly in Indonesia, Malaysia, and Vietnam. The Asian Olympic Committee has decided to make esports an official part of the 2022 Asian Games. Esports academies have already opened in a number of countries to train competitors for the Games. The Youth Esports Program was launched in the Philippines last year. Its goal is to popularize esports and integrate them into school programs. Newzoo’s analysts predict that this segment’s revenue will reach $72.5 million by 2024. 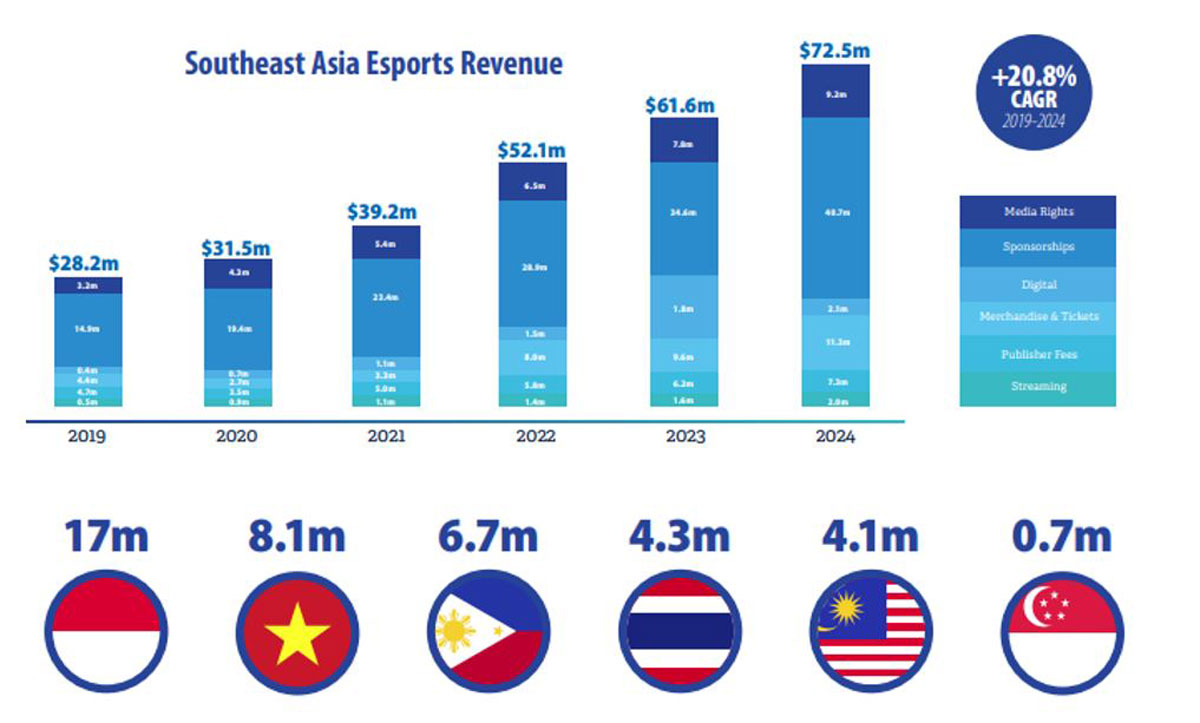 The average Southeast Asian player prefers team-based multiplayer games. 60% of gamers there see gaming primarily as a way to spend time with friends. Shooters are the most popular genre on PC and console, followed closely by strategy games. The most popular PC game is League of Legends, and the biggest console game is FIFA. 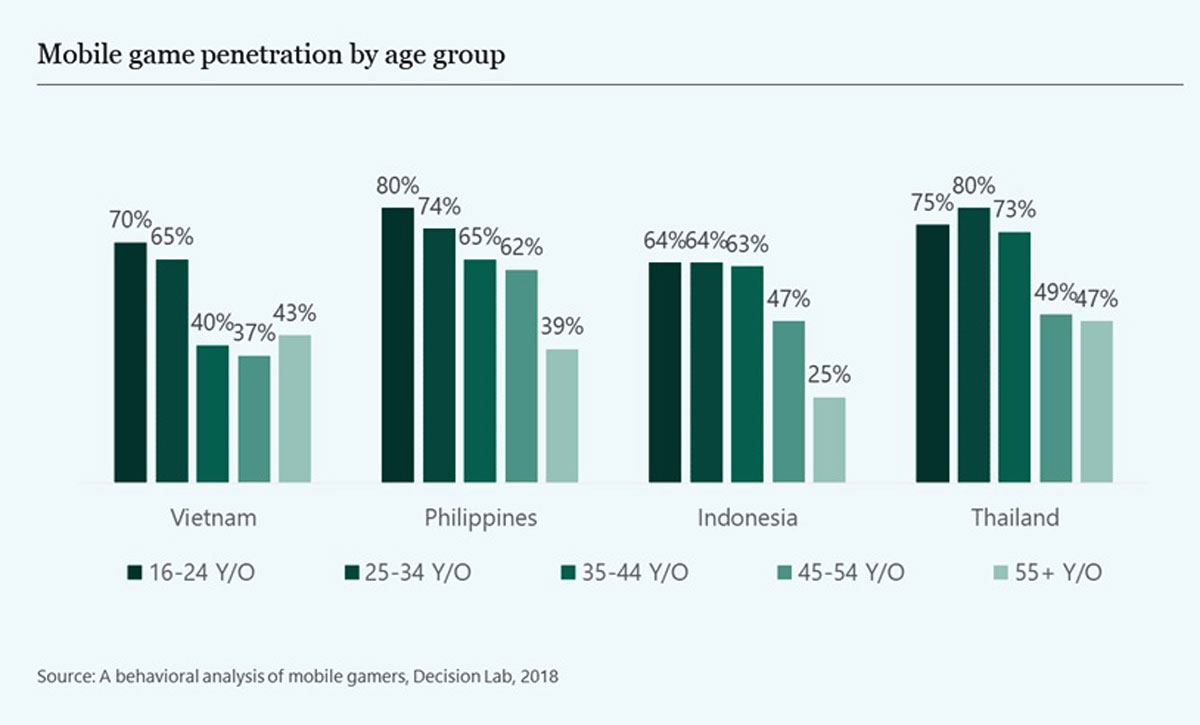 95% of all gamers make in-app purchases, which is especially relevant for free-to-play games. Men tend to spend more on digital entertainment than women (60% vs. 44%).

As for operating systems, Android smartphones are four times as popular as iPhones. In Indonesia, they’re nine times as popular. But when it comes to tablets, the opposite holds true — iPads are more prevalent.

But before any game can find its audience, its developer has to solve a difficult conundrum: which language should they translate their game into? Southeast Asia offers a plethora of options — thirteen, in fact. They include:

And these are just the official languages. So which one should you chose, and which criteria should you keep in mind when making your decision? Let’s try to analyze all the options.

Despite the local variety of exotic languages, good old English still opens the door to at least three countries: Singapore, the Philippines, and Malaysia.

Singapore: This country was part of Great Britain until the 20th century. English is still deeply embedded in Singaporean culture and is a mandatory part of its school curriculum. The government encourages its use not only in business, but also at home. Many announcements and newspapers are printed only in English and Chinese. And there’s a reason for this: native Singaporeans only make up 13.5% of the population. 74.3% of Singapore residents are Chinese. Localizing a game into Chinese for Singapore is also a workable option, but you’ll need to account for the variety of Chinese dialects spoken there.

The Philippines: The Philippines has been part of the United States since the first half of the 20th century, so most people there know English well. It’s been mandatory in schools since 2008. English is the language of the press and is used in business, science, law, religion, etc.

Malaysia: Like Singapore, Malaysia used to be part of Great Britain. Although English does not have the status of a national language there, it still had major administrative significance until the end of the 20th century. Malaysian English (also known as «Manglish») is used in business and education.

Indonesia is the leader of the local video game market. It has a population of 270 million. Localizing a game into Indonesian immediately provides it with a large audience. But that isn’t the only nice bonus. Indonesian is also the closest relative of Malaysian, and the differences between them are minimal. So by combining your localization efforts into both languages, you’ll adapt your title for three new countries: Malaysia, Singapore, and Brunei. This makes sense given the sizes of the local game markets — Malaysia has the second largest market after Indonesia, and Singapore has the sixth.

These are the official languages of Thailand and Laos respectively. 60 million people speak Thai, and 23.5 million speak Laotian, some of whom live in the Isan region of Thailand. Both languages belong to the Kra-Dai language family, and they are mutually intelligible. Thanks to the similarity of these languages, a localization for Thailand can easily be combined with one for Laos.

Tagalog is the official language of the Philippines. It is spoken by over 60 million people. It isn’t the only language spoken there, but it’s the most widespread language across all the country’s regions. It’s used for books, comics, movies, and TV shows. Translating and localizing your game into Tagalog could make it stand out from all the English-language games.

Adapting a title for the markets of Vietnam, Myanmar, Cambodia, and East Timor means cranking the difficulty up to "very high." There are many, many people in Cambodia and East Timor who can’t afford internet access. Myanmar and Vietnam have more developed video game markets, but they’re strictly regulated by the government. They’re the exception to the rule for Southeast Asia, which is generally quite liberal.

One nice thing is that Vietnam has the fifth highest gaming revenue after Indonesia. And about 90 million people worldwide speak Vietnamese. 42 million speak Burmese.

Since almost all the local languages have few speakers outside of their home countries, you’re better off trying to find native-speaking translators. There are multiple reasons for this. Vietnamese pronunciation is based on tones that can be difficult for Westerners to distinguish. And Burmese orthography is challenging even for professional linguists. There are a lot of subtleties to keep in mind when it comes to both localization and voiceover.

But you could always just translate your game into English or Chinese. Or you could focus your efforts on the leading market and localize your game for Indonesia. Or maybe you should start with countries where your genre gets the most downloads. For example, if you have a casual game, you might want to focus on Thailand, where these games are very popular.

Southeast Asia is as rich in opportunity as it is in diversity. ASEAN countries also provide comprehensive support to the video game industry. 5G and cloud technology are gradually taking root in the region, the IT market is growing rapidly, and esports are becoming more popular every day. At this rate, Statista predicts that the size of the local video game market will reach $7 billion by 2025.

But, as we know, Southeast Asia can surprise you — in the best sense of the word.