A Puzzle within a Puzzle: How We Localized G30: a Memory Maze into Chinese

G30: a Memory Maze in an unusual puzzle game that explores the complex theme of memory loss. Literally every aspect of the game is idiosyncratic, from its visual design and soundtrack to its non-standard gameplay and narrative structure.

G30 became popular very quickly in stores and won several awards. It was named "Most Innovative Game" at Casual Connect, and the jury at the GTP Indie Cup awarded it the title of "Best Mobile Game".

Localizing G30 into Chinese was a real challenge for us. In fact, the process of localizing this puzzle game was itself a kind of puzzle. And we solved it! We’d like to tell you a little about the challenges we faced and how me managed to overcome them. 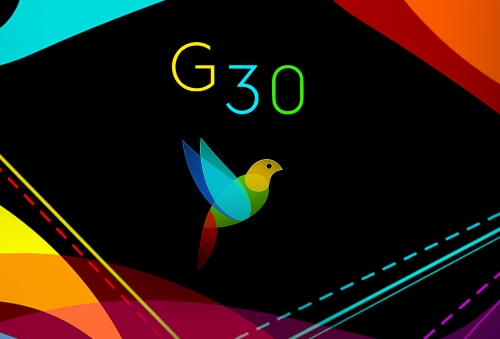 In the game’s storyline, the main character suffers from a memory disorder, and the player’s goal is the restore his memories from scattered fragments.

Each new level represents a small excerpt from the main character’s life story that can be decoded by completing a picture puzzle. As new elements are added to the image, the text of the memory "accumulates" details based on a telescopic principle. However, the new fragments often alter the meaning of the entire text.

There are also a few "hidden stories," memories that can be formed from highlighted words within the text of the levels: 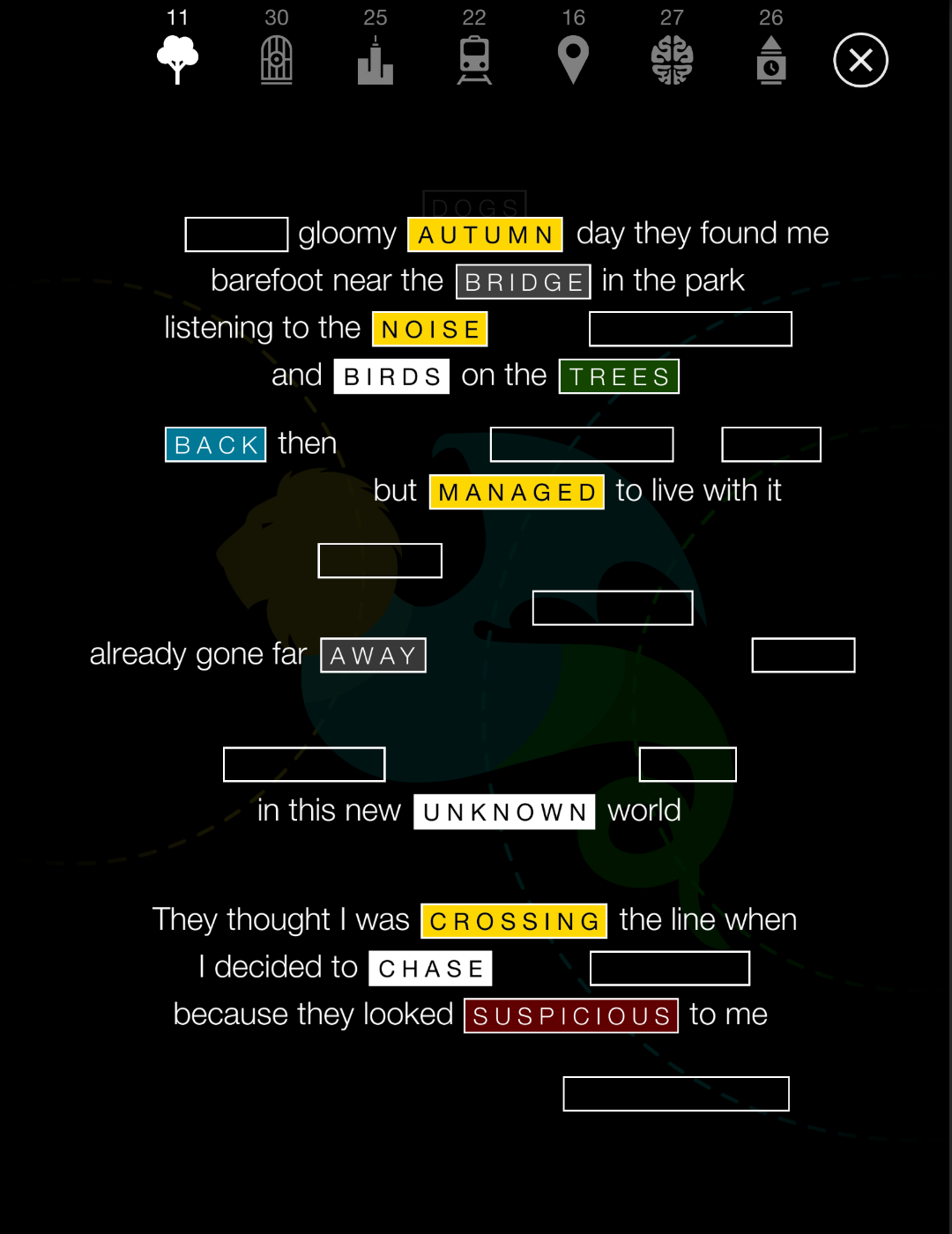 We were faced with a rather imposing task: localizing the game into Chinese while still preserving the structure of the text, including word order and line breaks.

The Chinese translation actually had to be "superimposed" over the original English text rather than replacing it (as would be the case in a so-called «native» translation). It was crucial for the developers that the key words be located in the exact same places in both the source and target text.

We also had to convey the overall atmosphere and poetic nature of the main character’s language in order to preserve the game’s emotional core in translation.

Our project manager immediately realized that localizing a game like this into Chinese would be quite tricky. First of all, Chinese syntax assumes a fixed word order that varies greatly from that of English.

The need to preserve the structure of the original was the primary stumbling block for our translators. However, we also had to avoid unnatural constructions that would make the Chinese text hard to understand, which rendered the project even more challenging. Here are a few examples of how we solved this puzzling problem.

In this fragment we had to adapt the Chinese text in such a way that the key word 望远镜 (telescope) would be at the end of the line just as it is in the source. In the English version the direct object space comes first, followed by the adverbial phrase with my telescope. According to the rules of Chinese grammar, the direct object usually comes after the verb and any adverbial phrase (see version 1).

In order to preserve the original structure, we had to rephrase the sentence and add a participial phrase (version 2). A literal translation of this sentence into English would read, "I used to explore space using my own telescope." 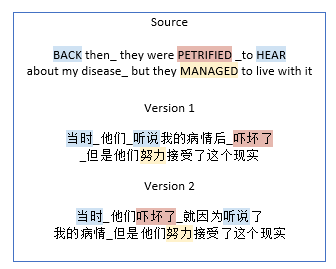 In this case, in order to keep the key words in the correct order, we switched the order of the cause and effect while still preserving the same logic. In the original translation (version 1), the sentence read like this: "When they found out about my condition, they were frightened." The modified version reads like this: "There were frightened because they found out about my condition."

Another problem we encountered was the difference in the way words can be combined in English and Chinese. For example, in the sentence below the English word noise can refer to both birds and rain (the noise of the raindrops and birds), but in Chinese there are different words for the sounds made by birds and rain.

When we translated this sentence according to the rules of Chinese (version 1), the key word "noise" became two different words. However, the number and placement of key words had to be the same as in the source. We then broke the text into parts (version 2), but our editor, a native Chinese speaker, noted that it now sounded too simplistic, which could negatively impact the reception of the text by Chinese players.

In order to avoid this effect, we tried adding details, adorning the text with descriptive words, and generally making it sound nicer. In the final version of this fragment (version 3) we placed the key words in the right places and divided the text with emphases based on the principle of "one key word per chunk of text between dividers" while still conveying the general meaning of the source sentence and preserving the atmosphere of the game.

It’s worth noting that we weren’t left to our own devices during this challenging localization project. We were in regular communication with the developers of the game, who proactively consulted with us on every issue that arose and gave us feedback, all of which was greatly appreciated.

Despite all the difficulties we faced, the results speak for themselves. According to the client, Chinese players have been very satisfied with the localization, and the game has an average rating of 4.8 out of 5 in local app stores. All in all, localizing G30 was an unforgettable experience that helped us explore our creativity.