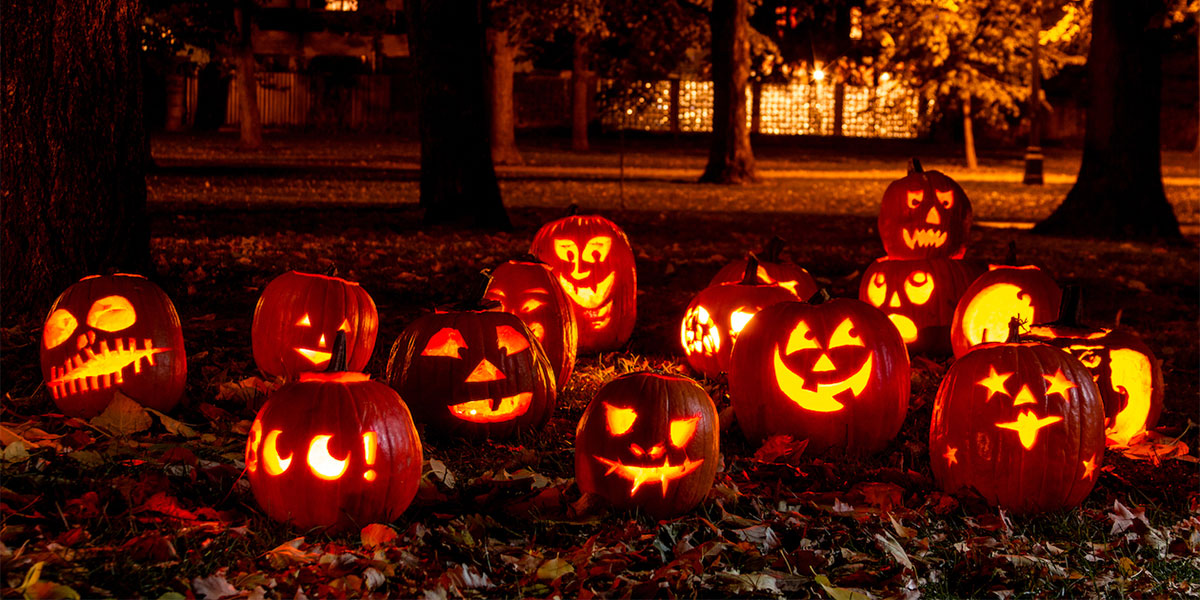 October 31st is right around the corner, and that means the scariest night of the year is coming: Halloween! If you feel like giving yourself a good scare, you don’t necessarily need to wander off into the woods by yourself — just play a couple of killer horror games. As All Hallows’ Eve approaches, we asked our employees about their favorite horror games, and now we’re proud to present our list of the top seven most terrifying horror games.

Resident Evil Village is the latest entry in the venerable survival horror franchise. The game’s main character Ethan Winters has to rescue his daughter Rose from the clutches of Mother Miranda, the leader of a rural European village. The eerie locations you explore in REV will send chills down your spine. Each area is ruled by one of four demonic antagonists loyal to Mother Miranda — the villagers call them “lords.” Ethan has no choice but to fight them all and defeat evil.

By the way, the Shadows of Rose DLC starring Ethan’s daughter Rose Winters is coming out on the 28th.

Half-Life is a legendary horror title. It came out way back in 2004, but it still inspires millions of fans all over the world. In Half-Life 2, the player finds themselves on an earth conquered by alien invaders known as the Combine. The planet’s resources have been exhausted, its population is shrinking, and the human race has no one to turn to but the game’s protagonist, Gordan Freeman.

The player’s action affect literally everything around them, from other people’s behavior to the state of the environment. Half-Life 2 features an advanced facial animation system that enables characters to express a wide range of complex emotions. It also boasts “smart” NPC behavior and a revolutionary physics engine. By the way, the game just got another update recently.

This psychological horror game from Bloober Team is a dystopian tale. A digital epidemic called the Nanophage has turned life and society upside down. Ever since a corporation called Chiron came to power during a massive war, many people have begun living in a virtual reality. A special organization has arisen called the Observers who investigate crimes by connecting to the victims’ brains.

The game’s plot revolves around an Observer who has to solve his son’s murder. His investigation leads him to surprising results. In the real world, other people’s minds remain shrouded in mystery.

But in Observer, the player has to explore a psychedelic world of human thoughts, fears, nightmares, and imaginary monsters. If you’re looking for something spooky to play on Halloween, Observer could be just what the doctor ordered.

What list of the games for the scariest day of the year would be complete without zombies? The zombie apocalypse is one of the most popular pop-culture tropes of the last few decades. We all remember the movie World War Z. Well, its plot became the basis of a game of the same name in 2019.

World War Z is a co-op third-person shooter. Players encounters hordes of bloodthirsty zombies divided into classes, all of which interact with each other and can use their corpses to form pyramids. The player’s goal is to fend off the zombies using various barriers, traps, and the environment.

This game immerses you in a universe where everyday reality is interwoven with a monstrous other world. The main character receives a letter from his dead wife asking him to come to the town of Silent Hill. The player has to fight frightening monsters and solve countless puzzles. Silent Hill 2 has been praised for its atmosphere and the depth of its narrative, which encompasses various aspects of human psychology.

In Layers of Fear, you play as an artist suffering from mental illness who has to finish his masterpiece. The player must explore a Victorian mansion, find painting-related items, and learn the truth about the artist’s life and family.

Would you like to explore a world inspired by Evil Dead 2, Poltergeist, and other horror films? Then you’ll love Until Dawn, which has a complex plot reminiscent of the best horror flicks. The game takes the form of an interactive movie with survival horror elements. Its narrative revolves around a group of teenagers who travel to a Canadian vacation destination known as Blackwood Mountain. But they have no idea they’re about to find themselves trapped in a deadly game of cat and mouse until dawn.

We hope this little collection of horror games has something that will tickle your fancy. Happy Halloween!