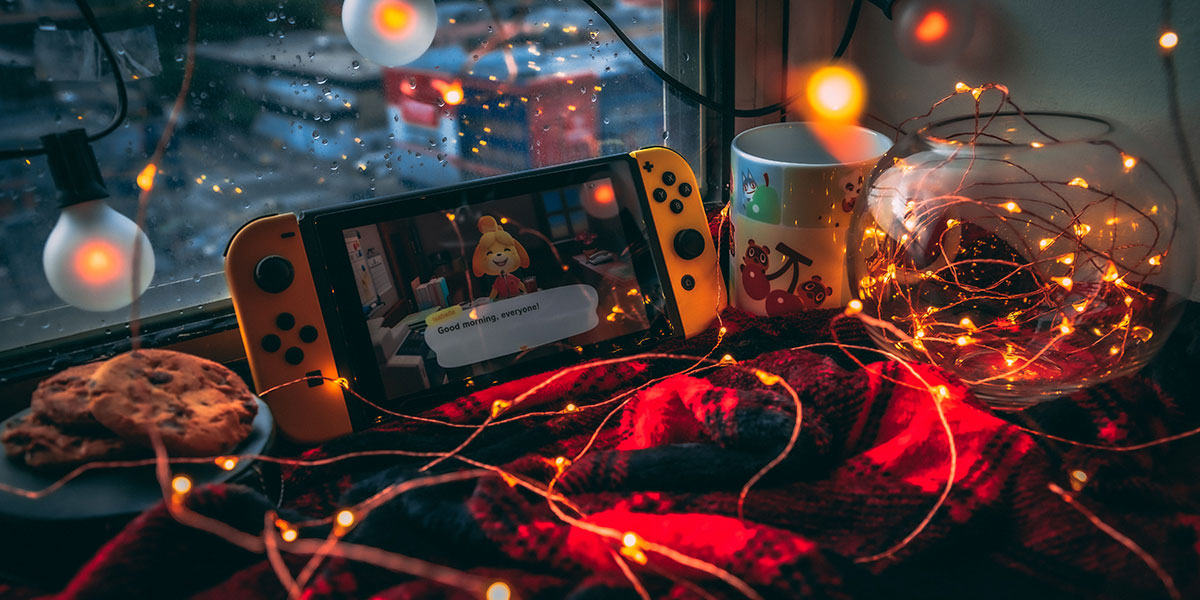 The new year has just begun, and we’re already localizing new projects and champing at the bit to share the latest predictions from Newzoo, Statista, and Morgan Stanley with you. So what’s 2022 going to be like for gamers and developers?

The analysts give us hope — they say it’s going to be the most robust year in a long time. The pandemic is still giving the industry a shot in the arm and attracting more and more people to gaming. The most ambitious projects are getting better all the time and fortifying their positions in the market.

And more records keep getting broken. According to current predictions, revenue from the video game market will reach $196 billion in 2022 — primarily thanks to the mobile segment, which generates 70% of all revenue in the industry. The audience will reach 2.95 billion gamers. In other words, over a third of the world’s population will play video games. And they won’t just be playing them to unwind after work. 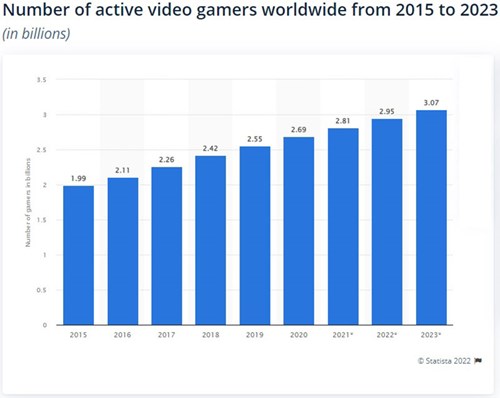 Gaming instead of Social Media

The pandemic has intensified our need for social interaction. Recent polls have shown that for 30% of gamers, video games have become their main way to spend time with friends and peers. Over a quarter of people under 35 believe that games provide more opportunities for interaction than social media.

Marketing experts have learned to skillfully take advantage of human frailties. For example, in order to stand out on a leaderboard, players try to personalize their characters, profiles, and other gameplay elements, so in-game marketplaces frequently offer unique items, components, decorative elements, and other superficial paraphernalia for a nominal fees. As we saw last year, these kinds of microtransactions remain one of the most profitable monetization strategies. We took a closer look at them in our December article.

When it comes to the most popular genres, Candy Crush Saga, Gardenscapes, Homescapes, and similar titles aren’t going to fall by the wayside anytime soon — the whole world is playing casual games.

What they play varies from country to country, of course. While most Americans like to relax with a puzzle game, Chinese players would rather spend their evenings in battle royale matches, and Korean gamers love getting together with their friends online or in internet cafes to clear out a couple of dungeons in their favorite MMO. Every country has its own unique stamp on the hobby.

The “gamingest” countries are still China, the US, Japan, and South Korea. Breaking into these markets can be very lucrative, but they also offer fierce competition and a high bar for quality. 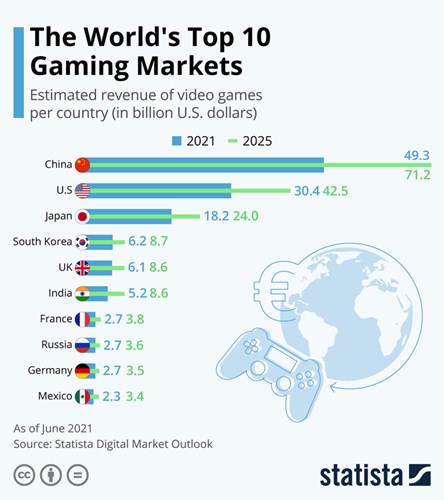 Be that as it may, if you’re planning to localize a game for these countries, you definitely don’t have to go it alone — the team at Logrus IT can help you adapt your game for any foreign market.

China and Mexico offer the highest revenue percentage from mobile games: 84% and 74% respectively. And while Mexico in only #10 on the leaderboard, the Latin American video game market is growing rapidly. It’s currently a very promising market for major companies and indie developers alike.

Southeast Asian countries may be absent from the list, but this region is still the fastest-growing mobile game market in the world. It exceeded the expectations of even the most experienced analysts last year. It’s entirely possible that we’ll see Indonesia, the country with the most developed gaming scene in the region, become one of the ten largest video game markets in the near future.

Total immersion in a digital reality used to seem like science fiction, but every year VR and AR games are becoming more and more accessible entertainment options for gamers. According to analysts’ predictions, the size of this market could swell to $11 billion by 2026.

In the meantime, developers are still perfecting their projects. This year we’re expecting Apple’s first AR/VR set, PlayStation VR 2 from, the Cambria AR/VR goggles from Meta, and a number of VR titles, including Wanderer, Ruins Magus, Grand Theft Auto: San Andreas (yup, they’re remastering it for VR), and more.

The Metaverse: from Concept to Reality

Developers are hard at work crafting virtual worlds. Right now the most “densely populated” metaverses are Fortnite, Roblox, and Minecraft. Lots of smaller-scale projects are popping up all the time too.

In other words, Mark Zuckerberg’s idea of creating a limitless metaverse where people can fully live, work, and socialize is already becoming a reality. Analysts are predicting that new projects and solutions would arise and bring us one step closer to realizing this dream in 2022. 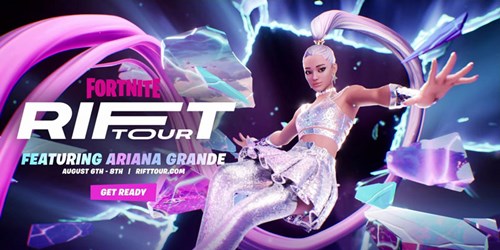 Virtual concerts by famous performers are already a regular occurrence in Fortnite.

Real Money in a Virtual World

Blockchain games are also growing and developing. These games are metaverses with their own economies that allow players to make real money in a virtual world. But a lot of players have spoken out against this approach to getting rich.

A striking example of a blockchain game is Decentraland, where you can buy a virtual plot of land and use it for marketing purposes. Sotheby’s has even opened its own digital gallery in the game. And the Coca-Cola Company has thrown a virtual party for gamers.

But some publishers are trying not to advertise blockchain because they’re worried users might have mixed reactions to it. Moreover, it’s still prohibited by Google Play, the App Store, and Steam.

The Web is Getting Cloudier

Cloud technology is still developing too, and it’s changing the face of gaming all over the world. The need to own expensive equipment is becoming less important, which is creating lots of opportunities for people who can’t afford a powerful PC. Given the spread of 5G and the extremely high prices video cards are fetching these days, cloud-based gaming has an excellent chance of going mainstream. 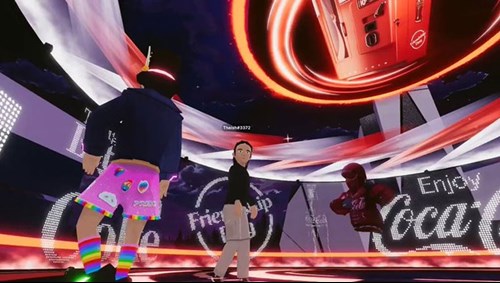 More cross-platform games that support PC, consoles, and portable devices are getting released all the time. All these factors are going to put pressure on Apple and Google, which block third-party cloud services in their app stores. Analysts are confident that these circumstances will force them to open their ecosystems to publishers — if not fully, then at least partially.

The esports market (especially on mobile) is also continuing to pick up steam. Major game companies such as Tencent, Riot Games, and Moonton Games are competing for a place in the sun:

60% of all esports revenue came from sponsorships last year, so hosts are overwhelmed by all the opportunities to monetize fans. According to analysts, they need to focus on interacting more with their audience. A telling example would be last year’s experimental partnership between Pipeworks Studios, Genvid Technologies, and DJ2 Entertainment. 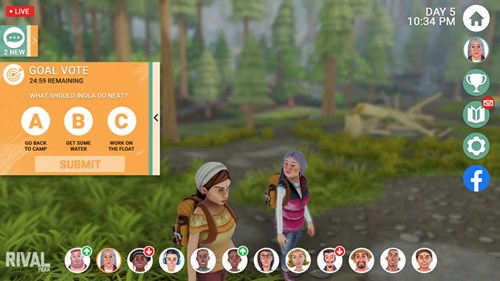 In late 2020 they launched the interactive show called Rival Peak on Facebook Gaming and got over 100 million minutes of viewing time. It was a reality show starring virtual people controlled by AI. Viewers could interact with the characters and their surroundings, help them or hinder them as they tried to overcome challenges, and vote for the next day’s weather, all in real time. The audience decided which virtual characters would be kicked off the show at the end of each week. Interactivity and the ability to influence what was happening on screen was the project’s main feature, and fans loved it.

Covid-19 caused a lot of projects to get delayed last year. They all ended up getting pushed back to 2022. According to analysts’ observations, a release schedule this dense hasn’t been seen since at least before the pandemic.

In February alone, we’re going to see the next chapter of Aloy’s compelling story in Horizon: Forbidden West and the long-awaited Elden Ring. In November, we’re going to get our first glimpse of the mysterious Starfield universe from Bethesda Game Studios. And that’s just the tip of the iceberg. We’ve got dozens of new games to look forward to (God of War: Ragnarök), as well as remasters (Life is Strange) and adaptations of existing franchises for new platforms (Pathfinder: Wrath of the Righteous on Xbox One and PlayStation 4, etc.). 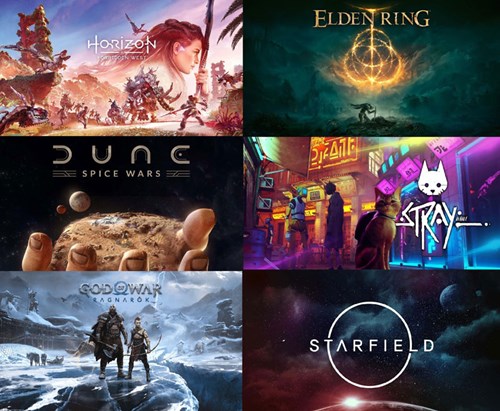 And although 2022 is just getting started, we’re already excited about the action-packed year to come. Will the analysts’ predictions come true? We can’t wait to find out! We’ll keep you in the loop and up to date on all the latest news.