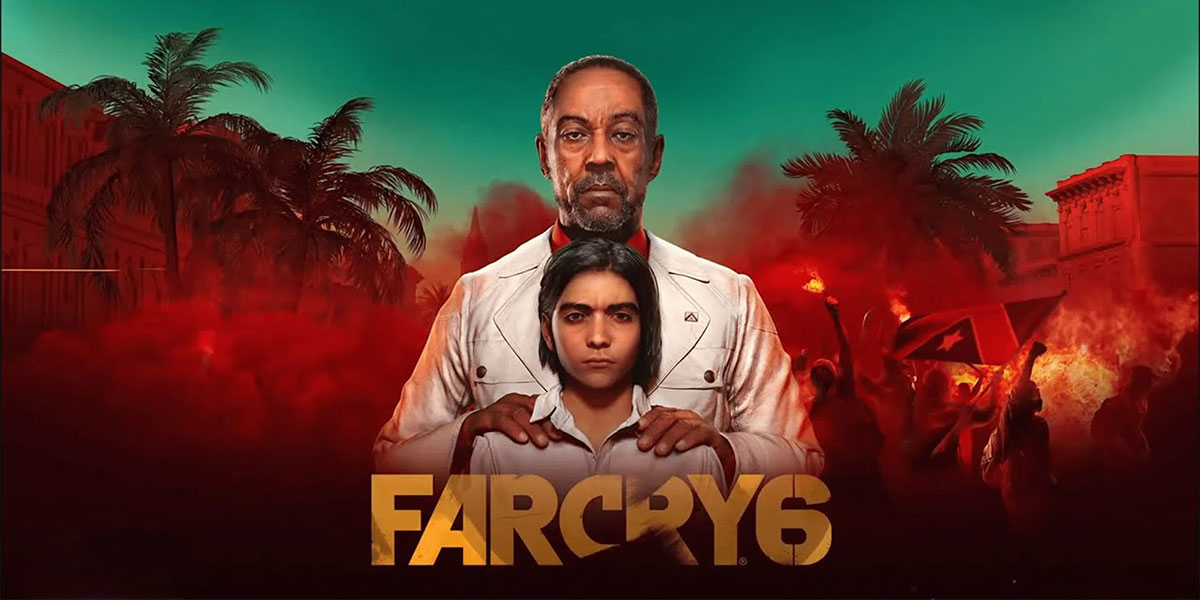 The long-awaited sixth installment in the Far Cry series was released on October 7th. Ubisoft’s developers basically took all the best mechanics from previous entries in the franchise and cranked everything up to eleven, including graphical fidelity, scale, and gameplay. What can players look forward to in the latest Far Cry game?

Far Cry 6 is set in the fictional island nation of Yara. Yara seems like a tropical paradise, but ever since El Presidente Anton Castillo came to power, life in Yara has become unbearable. The country is isolated, and its people are forced to work day and night. Anyone who refuses is killed. Dissatisfaction with the regime is growing by the year, and revolution is on the horizon. One day our protagonist, a young man or woman (it’s your call) named Dani Rojas, joins the rebellion.

In addition to traditional story mission with spectacular special effects reminiscent of a modern action flick, players can look forward to side quests throughout Yara’s various regions — it’s a massive island. On top of that, Ubisoft has promised free narrative campaigns over the next six months featuring actor Danny Trejo, a cute puppy named Chorizo, a mysterious Rambo impersonator, and even a Stranger Things crossover.

The developers have tried to add as much variety as possible to enemy bases and methods for capturing them. Instead of the usual towers, checkpoints resembling ancient fortresses, tobacco plantations, and TV towers are scattered all over the map. Clearing them out might require you to sneak through a hidden cave or develop clever tactics after scouting the enemy’s forces in advance.

You’re aided in your battle against tyranny by an arsenal that would make any commando drool, including machine guns, pistols, shotguns, sniper rifles, shock guns, crossbows, melee weapons, and more — and it’s all customizable. By the way, you can even upgrade your ammo and equip yourself with explosive, incendiary, poisonous, or armor-piercing rounds. And don’t forget to build up your base — you can earn some pretty awesome bonuses that way. As you advance through the storyline, you’ll eventually unlock the ultimate piece of kit: the Supremo Backpack. Where else can you fire a shoulder-mounted anti-air gun other than Far Cry 6?

The further you get, the more surprises you’ll find. You’ll do parkour and fly helicopters, gallop on horseback and plow the soil with tank treads, throw a magnificent flamethrower fiesta and blow enemy trucks to smithereens, all with the press of a button.

In other words, you’ve got a massive sandbox to play in. Let your imagination run wild, see how long you can last under pressure, and enjoy the dynamic gameplay, colorful humor, and immersive storyline packed with everything from heartfelt chats to furious battles. And it all takes place against a backdrop of lush jungles, azure oceans, and magnificent sunsets.

Our team at Logrus IT handled Far Cry 6’s Russian translation and voiceover. This isn’t the first Far Cry game we localized, nor is it our first AAA project from Ubisoft — we’ve also worked on titles such as Watch Dogs, Assassin’s Creed, ANNO 1800, and more.

We’d like to thank Ubisoft for their confidence in us, and we’re glad Russian-speaking Far Cry fans can now feel like part of the gorgeous world of Yara.